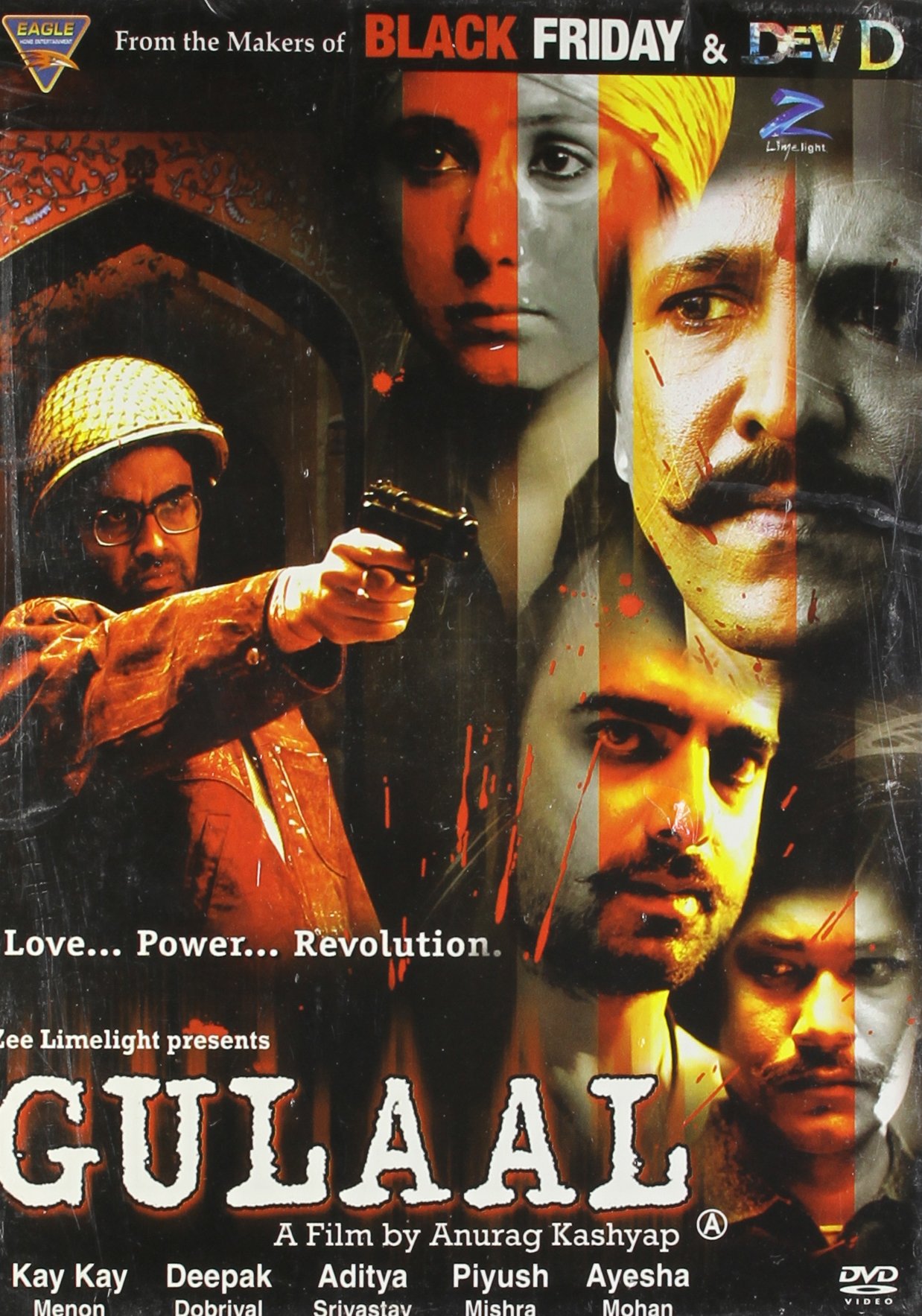 The film is about an innocent student Dileep who comes to Jaipur to study, accompanied by his faithful servant Bhanwar. Here he comes in contact with Rananjay Singh "Ransa" - contemporary intelligent, sensitive young man who refuse to abide traditions, his ideologies clash with his father's the local raja, Jadwal - with old school of thought he is the college goon who rags Dileep, Anuja - professor ragged with Dileep despair brings both together and a strong emotional bond develops between them, Dukey Bana -- powerful local figure who leads an army of radical Rajputs struggling to get Rajputs struggling to get Rajputana back from the Government of India challenging the very idea of democracy, Kiran - uses Dileep for power and personal interest. Against a backdrop of local political intrigue, the film begins with a Rajput conglomerate gaining strengthen as Dukey Bana and a few ex-Royals convince a reluctant Ransa to contest for the college elections on behalf of the Rajputana party : Ransa and Kiran battle it for General Secretary's post. The rivalry between the two gang intensities and Ransa is forced to withdraw, which he resists. Eventually this leads to his murder by Karan (Kiran's brother and Rasna's illegitimate sibling). Using the Sympathy wave, Dileep is compelled to contest elections in Ransa's place and made to win. After losing the elections Kiran tries winning Dileep trust gets close to him and pretends to fall in love. As he tries to fit into the shoes of the General Secretary, an insecure Dileep gets emotionally dependent on Kiran and distance grows between him and Anuja. Dileep finds himself trapped in politics and realizes that this is not what he had wanted. It draws to him that he is being used to Duke : when Dileep confronts Dukey, he is faced with horrifying truth ! Dukey Bana is masterminding a Rajputana movement, to have separate state ruled by Rajputs. In a gamut of Red faces (Gulaal is put over the faces to mask their true identity). Dileep sees the truth behind Dukey and his actions. So Dileep decides to resign from the post of the General Secretary. Dileep resign and Kiran takes charge. As soon as in power, she refuses to meet Dileep and tries to get close to Dukey using her feminine charm. A lovelorn and rejected Dileep gets more and more frustrated, abusive and violent in desperation. This behaviour creates a distance between Dileep and the people who truly love and understand him. Blinded by his love for Kiran, Dileep goes into frenzy becoming a sorry and inevitable victim of circumstances. The whole madness aroun Dileep intensifies sense of conspiracy and feeling of a fake unrequited love push him to the edge Gulaal races to an unforgettable climax out of the faces painted in Gulaal, a face is revealed the face for the new leader.

This movie has been rated by 4 customers on Amazon; with the average ratings of 2.6 out of 5.
Watch This Movie » Watch Trailer »