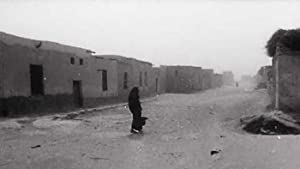 The CBI is in search of Sooriyan, an intelligent security officer of central ministry, who is accused of murdering a central Minister. But he has taken shelter in a remote village. Year 1992. Synopsis Has been Written by Mr Rais Asghar, My Uncle, on 20 August 2018 (Rashid Ashraf)

Though not a blast from the past, the golden era of Indian cinema, film “AFSAR” of 1950, starring Dev Anand, Suriya with Kanhaiy… Year 1950. A prisoner falls in love with the district collector’s daughter while giving her music lessons. Fearing opposition, they elope to a village and befriend the village chief who vows to get them married. Year 1999. Sanjay Ramaswamy, who is suffering from short-term memory loss, sets out on a quest to find the people who were responsible for his ladylove Kalpana’s murder. Year 2005. Nedumaaran Rajangam “Maara” sets out to make the common man fly and in the process takes on the world’s most capital intensive industry and several enemies who stand in his way. Year 2020. A father and son help each other through growing up, romance, tragedy, and adventure. Year 2008. A Special Protection Group officer has to identify the threat to the prime minister, who he is protecting, and also the nation. Year 2019. An educated do-gooder is forced to enter politics in order to serve the society. But, will the old guard make way and allow him to do that? Year 2019. A lawyer turns judge jury and executioner and goes after a gang, led by a minister’s son, that threatens women with videos of them. Year 2022. Chittan, a social outcast, has grown up in a cemetery. A drug dealer finds him a job in a cannabis farm. In prison, he meets a conman, Shakti. This friendship transforms him from his stony existence. Year 2003. After avenging the death of his father and brother, a man must now content with another vengeful male. Year 2010.