Xander Cage is left for dead after an incident, though he secretly returns to action for a new, tough assignment with his handler Augustus Gibbons. Year 2017.

A quirky comedy about the relationship between a daughter and her aging father, whose eccentricities drive everyone crazy. Year 2015. Aaliya is not ready for commitment even after a decade-long friendship with Abhay. She remains indifferent when he follows her to Australia, but is finally shaken when he announces his marriage. Year 2010. A love triangle between a guy and two girls, who are best friends but the complete opposite of one another. Year 2012. Kabir and Naina bond during a trekking trip. Before Naina can express herself, Kabir leaves India to pursue his career. They meet again years later, but he still cherishes his dreams more than bonds. Year 2013.

Raj is a heartbreaker. His love stories with Mahi, Radhika, and Gayatri finally teach him about love and life in their own sweet, sexy, and sassy ways. Year 2008. A man heading towards Rameshwaram via Chennai express to immerse his late grandfather’s ashes unwillingly gets caught amidst goons after helping their boss’s daughter and them board the train. Year 2013. A much abused loner achieves success, and even wins the heart of his gorgeous co-worker, after getting early morning mysterious phone calls from someone. Year 2010. Xander Cage is left for dead after an incident, though he secretly returns to action for a new, tough assignment with his handler Augustus Gibbons. Year 2017. Tamasha is about the journey of someone who has lost his edge in trying to follow acceptable conventions of society. The film is based on the central theme of abrasion and loss of self that happens in an attempt to find oneself. Year 2015. 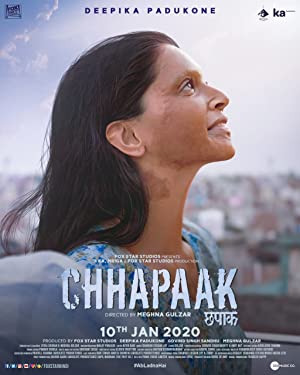 The trials and triumphs of Malti, an acid attack survivor. From the investigation of the attack to the court proceedings, the medical treatment to the emotional healing. Chhapaak is the story of the unquashable human spirit. Year 2020. Believing himself to be jinxed, a man attempts to find true love, but instead gets caught in a web of lies. Year 2010. A gang of amateur dancers takes part in a dancing competition to avenge their personal vendetta. Year 2014. Set in medieval Rajasthan, Queen Padmavati is married to a noble king and they live in a prosperous fortress with their subjects until an ambitious Sultan hears of Padmavati’s beauty and forms an obsessive love for the Queen of Me… Year 2018. Children who are not allowed by the oppressive British colonists to play football decide to join a group of freedom fighters. Year 2010.