Once Upon a Time in Mumbaai (2010) Action Crime Drama Movie

As a smuggler rises to power in in 1970s Mumbai, a younger gangster seeks to overthrow him and a police officer is caught in the middle. Year 2010. Manu comes to India to find a bride and falls for Tanu at first sight, but free-spirited Tanu has no plan to marry him. Year 2011. Panga is inspired by the life of a National-level Kabbadi player from India. It follows her triumphs, struggle, and overcoming of stereotypes. It shows how important family love and support is for success. Year 2020. Story of Rani Lakshmibai, one of the leading figures of the Indian Rebellion of 1857, and her resistance to the British Rule. Year 2019. 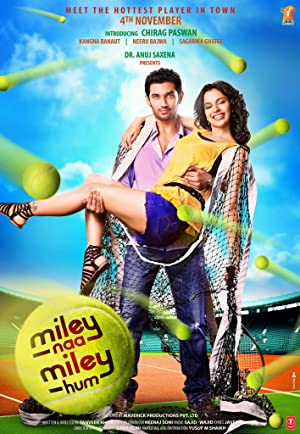 A tennis player incurs his pushy divorced parents’ displeasure when he pretends to fall for a struggling model. Year 2011. A Delhi girl from a traditional family sets out on a solo honeymoon after her marriage gets cancelled. Year 2013. A socially-criticized, financially-cornered girl becomes an outlaw to dodge the situation. Year 2017. Hidden with a mysterious agenda, a sniper holds a businessman hostage in a closed phone booth, where he is ordered to obey the sniper or he will be killed. Year 2010. Agent Agni, a highly trained and deadly field agent is entrusted with the mission to gather Intel and eliminate Rudraveer, an international human and arms trafficker who has been off the radar for ten years. Year 2022.

Two rival con-men attempt to outdo each other to woo a wealthy woman. Year 2011. A beautiful musician and a serious Wall Street banker cross paths and fall in love with each other over one magical New Year’s Eve. Year 2015. Following the story of two quirky individuals whose lives pivot between reality and illusions. Year 2019. Julia travels to the Indo-Burma border to perform for the troops during World War II on the insistence of her lover Billimoria, and ends up falling in love with a soldier there, Jemadar. Year 2017. Kangana Ranaut is all set to make the Diwali of 2020 all the more ‘Dhamakedaar’ with her next film Dhaakad. Year 2020.