A story young, middle-class urban working couple wanting to get married and their tribulations in finding a house in the city of Mumbai. Year 1977. Adaptation of a literary work on the slow deterioration of an orthodox family, where the women are unable to achieve emancipation and the men succumb to insanity. Year 1986. Ramarao is a fair government officer who bends the rules when it comes to fighting the lapses in the system. When transferred to his own village, situations take him on a quest where he faces challenges and has to take on evil. Year 2022. 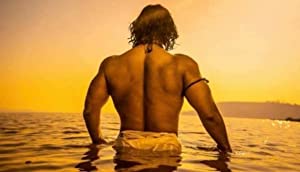 Based on the Maratha warrior Hansaji Mohite who was later given the title of Sarnobat Hambirrao, the film portrays his life as the Commander in Chief of Chatrapati Shivaji Maharaj’s army. Year 2022. A karaoke in a rural town called “Karaoke Crazies” is run by Sung-wook. Business is slow and when Sung-wook posts karaoke singing along job to boost sales, a girl in early 20’s, Ha-suk comes along. She’s hopeless game addict and lack Year 2016. Samba Traore returns to his village flush with funds. Soon enough he manages to charm the beautiful Saratou into marrying him and, along with another friend, builds the first bar their village has ever seen. But his conscience keeps Year 1992. -Mati, a divorced mother of a young daughter, makes a living selling bric-a-bric from a wheelbarrow and dreams of opening a snack bar. But she falls for the charms of Naago, a cop, and it’s only when the Tajaboom festival arrives tha Year 2002. Honest truck driver Balwant watch helplessly as the owners of the trucking company he works for mauled his brother, Jaswant to death. When he lodges a complaint with the police the inspector instead arrest him for this crime; the … Year 1988. Geeta goes on a college trip to a scenic village where she meets Gopal a local guide.During the trip Geeta and Gopal spend a lot time together and Gopal develops a liking towards her.Geeta soon gets married to a rich industrialist… Year 1988. Tani and Kamli are two sisters who live in Maharashtra, India. While Tani has married Bhaurao and lives a comfortable life in a village, Kamli has married a male in Bombay, where she lives a poor lifestyle with her brother, Sreepu, a Year 1999. A poor and wronged woman’s son returns from the big city to avenge his father, a honest school teacher. Year 1983. Shanta Dhamle lives a wealthy lifestyle in Bombay along with her dad, Shamrao, and mom, Ansuya. She incurs their displeasure when she falls in love and gets married to a poor and overly sensitive writer, Gopal, who moves in with t… Year 1973. An obsessive photographer (Aamir Khan) believes an engaged woman (Madhuri Dixit) is in love with him. Year 1990.